The hill tribes of northern Thailand originally migrated from Myanmar and China, and are different groups of ethnic minorities known for their colorful and unique handicraft work, weaving and embroidery.  There are approximately six major ethnic groups in Thailand living in designated areas outside of Chiang Mai and Chiang Rai. On a sunny weekend, we went to visit the Akha, Lahu and Karen tribes.

Farming and traditional crafts dominate the way the hill tribes live. A special part of visiting the tribes was the chance to take a glimpse into their lives.

The Karen village we visited was quiet. It was mid morning, and the men of the village had already gone to the fields for the day’s farming work. The women, for whom an integral part of the traditional way of life and making a living, were already busy on their weaving for the day. The children were playing in and around the houses, looked after by the women while they worked. 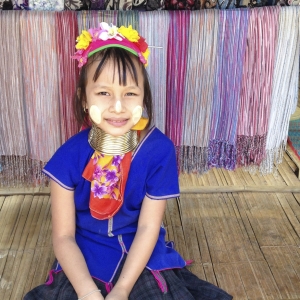 Karen women, with golden ringed necklaces on their elongated necks, typically sit on the floor of their houses or outside their homes and make their own scarves, clothing and bags.  Their feet are pushed against a wooden ledge, and using shuffles made of bamboo or wood, they thread the different patterns. 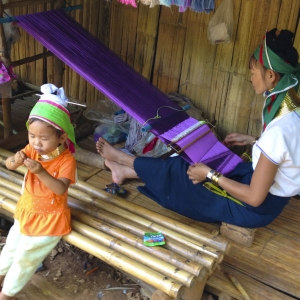 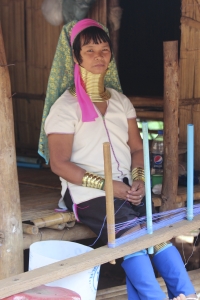 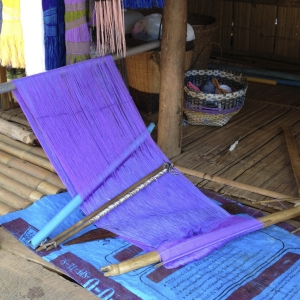 Other hill tribes, such as the Lahu and the Akha, have their own distinctive look and customs, which are reflected in the weaving, handicrafts, and jewelry that they make. 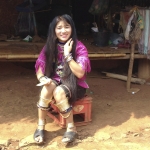 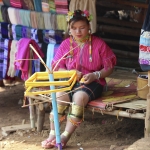 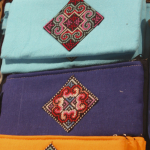 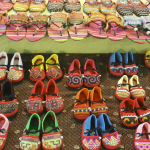 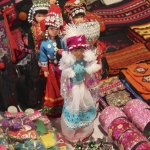 It was a feast for our eyes and senses. Learning about these cultures fascinated and inspired us to learn more about this quickly dying art of hand weaving and embroidery in the modern world. Stay tuned for The Perfume River’s next post- Hand Embroidery Up Close.